The Fine Art of Lei Giving 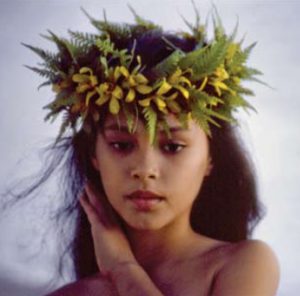 While in Italy last year for a friend’s birthday, I sneaked out to the nearest village to buy as many peonies as I could afford. It was the height of the season, and rather than denuding the gardens surrounding our hotel, I set out, with a co-conspirator, on a covert mission: to find enough flowers for a surprise birthday lei. I could have raided the garden, but it would have exposed my plan — so we drove, seemingly endlessly, two villages away through the rolling hills of Tuscany.

I hid in my room that afternoon and used sewing thread, a thimble, a puny needle and borrowed pliers (to pull the needle through the dense buds) to string those peonies into a lei. The blooms were graduated, with the tight buds toward the neck and the fuller blossoms dangling in the middle.

That a lei in Italy is an anomaly, and that it was a birthday surprise for a former Maui resident, added to the excitement. The presentation was a triumph.

But, really, even if it had been inappropriate or poorly crafted, or made with frayed or unworthy materials, how could it not be? Because, in the end, there is no such thing as a bad or unwelcome lei.

“There are very few leis that are not good,” says master lei- and kapa-maker Marie McDonald. “They’re all good, because the whole idea of presenting a lei is to show honor, to show high regard and love. And you can do it with every lei.”

Still, she says, over the years, “Some have become more special than others.” 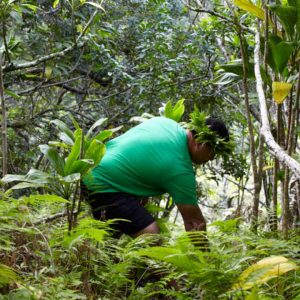 How else to explain the special allure of the hala or maile lei in Hawai‘i, or the esteem and reverence with which a lei lehua is presented and received? Or the power wielded by the mokihana, the anise-scented garland available only on Kaua‘i, with a fragrance that lasts for years and a potency that burns bare skin? Fragrance, beauty and rarity are factors, but so is the significance of the material and the role it might have played in Hawai‘i’s cultural history.

“Hala (screwpine, or Pandanus tectorius) is one of the very traditional leis used in many ceremonies, mostly because it was available to the Hawaiians and had a nice scent and color,” McDonald said of the fragrant fruit, which is strung in shades of white, yellow, orange and its rarest and most coveted color, red. Adding to its cultural heft, hala was the lei favored by Hi‘iaka, the goddess Pele’s favorite sister.

The author of two definitive books on the lei, “Ka Lei” and “Nā Lei Makamae,” which she co-authored with Paul Weissich, McDonald has high regard for the hala. But as she writes in “Nā Lei Makamae”, “The Hawaiian culture reflects a strange dichotomy of perception toward the wearing of a lei hala.” Hi‘iaka may have loved the hala, writes McDonald, but the word is translated as “sin, vice, offense, fault, error, or failure,” and there were times it was avoided for fear it would bring bad luck. According to the “Hawaiian Dictionary” by Mary Kawena Pukui and Samuel H. Elbert, hala also means ”to pass away, to die,” making it the ultimate lei for a funeral.

To many, such as revered lei maker Barbara Meheula, hala may be “the most misunderstood of all the lei, probably because it’s the most cherished.”

Hala represented good luck during the months-long Makahiki season of feasting and thanksgiving observed by pre-contact Hawaiians. ”In the old days, the only time you could get married was during Makahiki, and the lei that was often given was hala,” said Meheula. Acknowledging that every end is a new beginning, Meheula and her family wear hala lei every New Year’s. 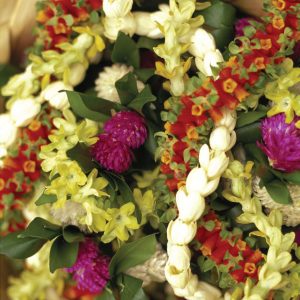 “Every dancer in our hālau understands that lei hala is a significant part of hula, not only signifying endings, but also something new,” explained Maui kumu hula Kapono‘ai Molitau, who, with his wife, Jenny, owns Native Intelligence in Wailuku. “In hula, lei hala is very appropriate. Lei hala ‘ula‘ula (red hala) is very difficult to come by nowadays. I know of a few spots on the island that have this beautiful fruit, but access is not always easy.”

Native Intelligence brims with fine work in the Hawaiian arts, including lei. The Molitaus ask for at least a week’s advance notice for custom lei orders, which may include liko lehua, ‘a‘ali‘i, ‘ōhelo and the velvety gray hua weleweka (the Hawaiian velvet seed lei also known as the Hawaiian mink). Their lei could be kui (strung), haku (woven) or wili (wound), in standard lengths and shorter. When time and materials permit, the Molitaus also make head lei, called lei po‘o, and the collar-encircling neck lei, the lei ‘ā‘ī, important adornments in hula.

“I love giving my wife lei pīkake (Arabian jasmine) entwined with pakalana (Chinese violet),” Molitau noted, citing two of the most fragrant lei of Hawai‘i. “Our most popular lei would have to be our lei pīkake, lei ‘ilima and lei maile from Hilo.” He added  that the lei is also important to the giver “because of the amount of mana (spiritual power), aloha and ahonui (patience) that have gone into creating this beautiful lei to adorn another.”

In demand among dancers are the native plants that were offered to Laka, the Hawaiian goddess of dance still honored by hula schools today. Maile, with its leafy, anise-scented vines wound into open-ended strands, is one of the most accessible and visible of these lei, given and received with honor. Marie McDonald says it’s a common misperception that maile and ‘ilima were only reserved for ali‘i (royalty). “They were not,” she affirms. Their beauty and sensuous beauty made them popular among all, including royalty, but “they were not kapu (taboo). They were worn and enjoyed by all classes for many celebrations and occasions.”

Those that were kapu before western contact included feather lei (lei hulu manu) and lei of human hair and sperm whale’s teeth, now displayed under glass in museums. Commoners presenting such lei to the ali‘i were required to give it to an intermediary with a bow, never raising his head above the monarch’s.  Punishment for violators could be death. 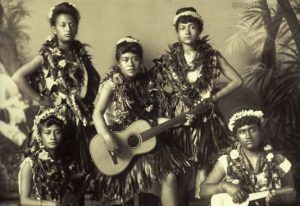 Tourism and other western influences have tempered tradition and added flourishes such as Lei Day, May 1. Ever since poet and illustrator Don Blanding introduced the idea in 1928, Lei Day has become synonymous with lei contests, music concerts, school and city pageants, and the most lavish display of lei statewide. Plumeria, the hardy, fragrant bloom, is ubiquitous in island greetings and Lei Day.

“Traditionally, Hawaiians embrace each other or touch noses when they give a lei,” says Marie McDonald. The common practice of giving a kiss while presenting a lei, a popular modern practice, is “touristy,” adds Meheula. The Hawaiians consider their most precious gift to be the hā—the breath, “because everything you have in your heart is in the hā. That’s why Hawaiians often greet each other with a gentle embrace or touching noses or cheeks in the honi.”

When their lei are worn and dried, Hawaiians rarely throw them away,  preferring instead to drape them on a photograph, take them to the cemetery, or return them to the earth as compost. As for the dos and don’ts at the receiving end, unless a severe allergy occurs, it’s considered rude to remove a lei or swing it around, as children sometimes do.

Although wedding traditions run the gamut, contemporary brides usually prefer multiple strands of fragrant pīkake and ginger, or even the ultra-luxe Ni‘ihau shell lei in 10 long strands, says Meheula. “Fresh flowers tend to be worn at chest length, where the heart is. And they should always be closed, representing the eternal circle of love.” Bridegrooms most often wear their maile lei open to “welcome the good wishes of the guests and send out the same on behalf of the family,” she adds. 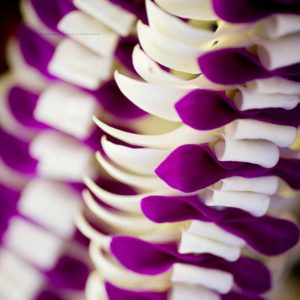 To lei connoisseurs, presentation is as important as the lei itself, and special occasions warrant the pu‘olo. This special ti leaf bundle, carefully tied with its own stems, is a cool, protective wrap for the lei. Meheula makes her pu‘olo not just with ti leaves, but with palm and coconut fronds and, occasionally, bamboo. When someone once ordered a lei for a blind recipient, Meheula chose fragrant pīkake and carved a bamboo container for an olfactory and tactile extravaganza.

Those lei come once in a lifetime. My once-in-a-lifetime lei came many years ago. My dear friend and teacher, the beloved kupuna Nana Veary, gave me the name Hi‘ilei. “It means ‘beloved child,’’” she said.  She asked me to be patient, adding that I would “grow into learning its other meanings.” Years later on Kaua‘i, while making the first maile lei of my life, I learned that Nana was suddenly and seriously ill.

I flew to Honolulu with the lei in my arms and placed it around her, and it was with her when she died in hospice. Little did I know that a garland of flowers is just the beginning of a lei’s definitions. A lei is a circle of love. Hi‘ilei, “beloved child,” also denotes a mother’s love for the baby that she’s feeding, her arms wrapped around it in a circle.

That circle is a lei, a powerful bond, an expression of love and kinship.