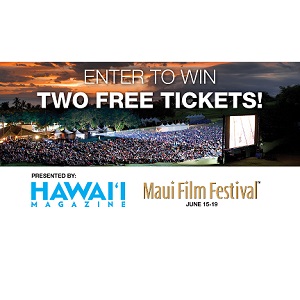 Wailea Resort Association is eagerly anticipating the return of the upcoming 17th Annual Maui Film Festival, June 15-19, 2016.  Hawaii Magazine is sweetening the event even more by offering a special giveaway for the annual Wailea festival.

The Wailea Gold and Emerald Golf Courses will host the Celestial Cinema, an event favorite set up as a large, outdoor film screening.  The Film Festival is also another opportunity to enjoy the culinary artistry of some of the top chefs in Maui.  The Taste of Wailea showcases Wailea’s famed resort chefs for an incredible evening of gourmet food and wine.

The Maui Film Festival has always been a draw for the Hollywood stars and this year is no exception.  Actor Michael B. Jordan, of “Creed” fame will receive this year’s “Rainmaker Award”.  He joins Viola Davis and Bryan Cranston, recipients of the male and female Navigator Awards.

Enter here now for a chance to socialize, wine and dine with the Hollywood Elite!

← Michael B. Jordan to Receive Award at 2016 Maui Film Festival Experience a Taste of Wailea when Visiting Maui →