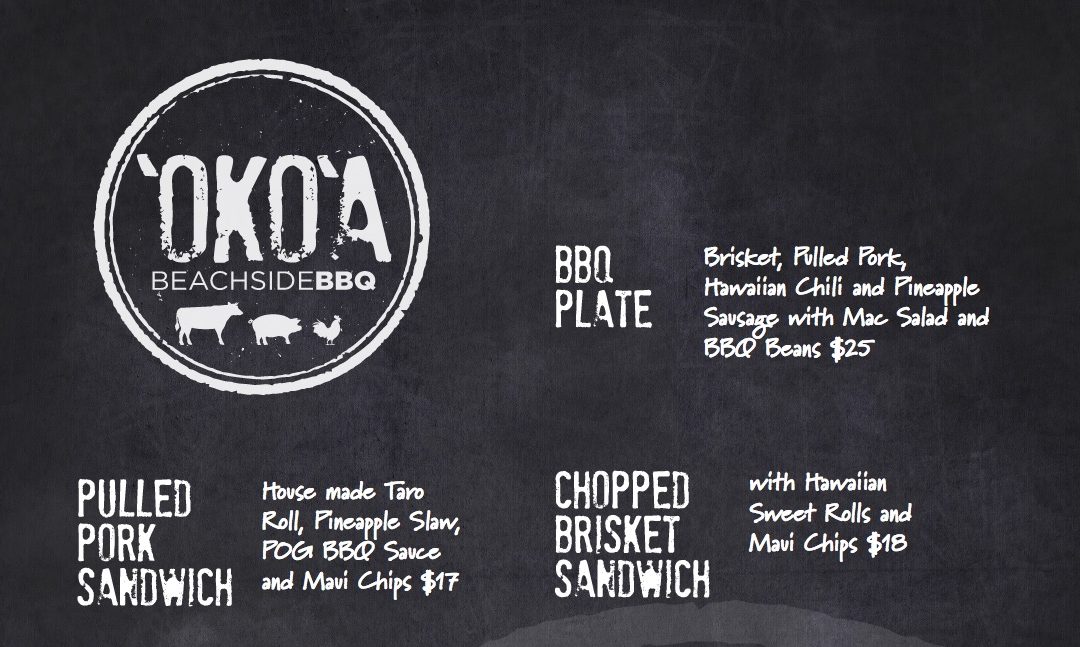 Yes, we know it’s summer. But things are really heating up at the Grand Wailea! Saturday, July 7th, was the second time for the Fire It Up! “barbecue of the Pacific! Several guest chefs from near and far:

This year’s participants include repeats Justin Brunson of Old Major in Denver; Sam Jones of Sam Jones Barbecue in Winterville, N.C.; Hubert Keller of Fleur in Las Vegas; Chris Lilly of Bob Gibson Barbecue in Decatur, Ala; Wayne Mueller of Louie Mueller BBQ in Taylor, Texas; Aaron Sanchez of Johnny Sanchez in New Orleans; and Maui’s Sheldon Simeon of Tin Roof in Kahului and the upcoming Lineage at The Shops at Wailea.

Get all the barbecue details over at MauiNow.com.

The article also includes an opening announcement for Okoa, a new outdoor barbecue restaurant at the Grand Wailea.

“Okoa will feature a 26-foot smoker that we got out of Houston,” says Gonzalez. “It will be a barbecue restaurant with tastes from all over the land, from the various regions including the Carolinas, Alabama and Texas and Hawaii.”

Learn more about ‘Oko‘a at the Grand Wailea here.

← Come to Wailea for Your Summer Travel! Money Inc. Offers 12 Reasons to Stay at the Kea Lani! →