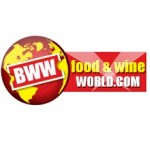 Michael “Mike” Lofaro, chef de cuisine of the prized Humuhumunukunukuapua`a restaurant at Grand Wailea, A Waldorf Astoria Resort was awarded Chef of the Year last night at the Maui No Ka Oi Magazine’s `Aipono Awards Gala at Grand Wailea. The prestigious Chef of the Year title is decided by peer review – voted on exclusively by Maui chefs. Lofaro also received the Most Innovative Menu and a silver award for Best Pacific Rim cuisine by the readers of the magazine.

It has been a big year for Grand Wailea Chef Lofaro, fondly nicknamed the “waterman chef.” He refers to the ocean as his hunting ground and uses his muse to fish, gather, forage and hunt for a quarterly dinner series called Ka Malama, based on the Hawaiian moon calendar and what is in season during certain phases of the moon.