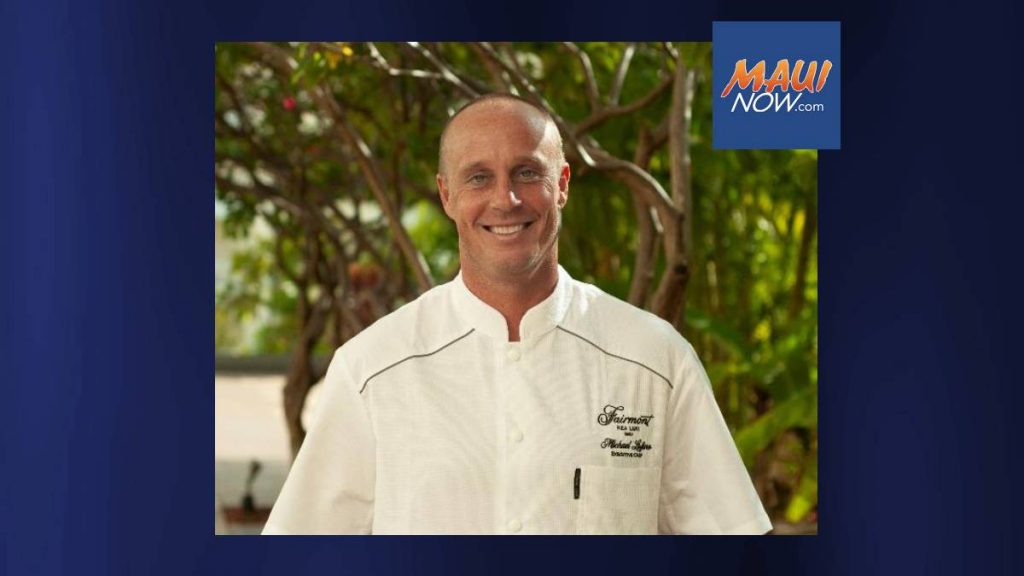 The Fairmont Kea Lani in Wailea has hired Michael Lofaro, who was named “Chef of the Year” at the 2016 ‘Aipono Awards, as its new executive chef.

“His drive to honor and build upon the culinary expertise of those who preceded him, while supporting and uplifting the talent around him, makes him the perfect fit for us at Fairmont Kea Lani, said Michael Pye, the hotelʻs general manager and Fairmontʻs regional vice president of Hawai‘i.

Lofaro graduated from The Culinary Institute of America, and started his culinary leadership journey in 1998 as roundsman/sous chef under Chef Michael Mina at AQUA in San Francisco. Alongside Chef Mina, he got his first taste of Maui while working on a new culinary venture, then later moved on to sauté cook and roundsman for Chef Tom Valenti at Quest in New York City.

In 2002, Lofaro returned to Maui when he worked at Capische Restaurant as sous chef before becoming exeutive chef at The Mills Tavern in Providence, RI, where his team was bestowed the prestigious Mobil 4 Star Award in 2005.

In 2006, Lofaro once again returned to the islands as chef de cuisine of Humuhumunukunukuāpua‘a. He spent 17 years at the Grand Wailea in South Maui, becoming executive sous chef in 2014.

Throughout his career, Lofaro has been repeatedly recognized for his unwavering commitment to supporting local agriculture, fishing, talent development and community organizations. He , received an Emmy for his co-starring role in SEARCH Hawai’i: Where Food Meets Culture.

Lofaro has drawn inspiration through his family and community, connection to the ocean and land, and perpetuation of Hawaiian culture. He is a passionate waterman and fisherman, with his journey into Hawaiian culture beginning through paddling canoe and fishing.

He worked with the Polynesian Voyaging Society on the transoceanic sailing vessel, Hōkūle‘a, sailing in a leg of the Mālama Honua Worldwide Voyage. A diligent haumāna of ‘ōlelo Hawai‘i, he continues to expand and apply his knowledge, often executing experiential culinary concepts rooted in ancient traditions of Kaulana Mahina.

“I have a profound recognition for those who came before, who paved the way for all of us here now, to honor Hawaiian and Hawai’i culture and food in the way only Fairmont Kea Lani can,” Lofaro said.