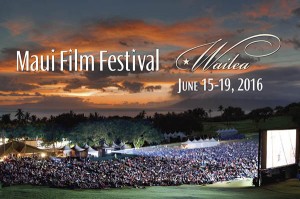 Barry Rivers, founder and director of the 17th annual event announced the honor in early April.  Rivers said, “It’s not often that an actor with the depth, wisdom and range of someone like Bryan Cranston comes along, but when they do, it’s undeniably exciting and a joy to watch. The Maui Film Festival is over the moon about having Mr. Cranston join us on Maui to be honored with the 2016 Navigator Award.”

While Bryan Cranston may best be known for his multiple Emmy-Award winning role as Walter White in AMC’s TV series, “Breaking Bad”, his acting brilliance also carries onto the Big Screen.  Earlier this year, he earned a best actor Oscar Nomination for his performance as the title character in “Trumbo”.  On May 21st,  the TV adaptation of “All the Way” starring Cranston as President Lyndon B. Johnson will air on HBO.  The movie is a collaboration between Cranston’s production company, Moonshot Entertainment and Steven Spielberg’s Amblin Television.

The 17th annual 2016 Maui Film Festival runs June 15-19, 2016 in Wailea. The award will be presented at the Celestial Cinema located at the Wailea Gold & Emerald Golf Courses.